Tiny holes in concrete walls aren’t uncommon. There are times when they can make a wall look unique. But in many cases, they’re often unwanted and out-of-place.

Some concrete walls have holes in them because of trapped air bubbles that escape to the surface of the concrete. During mixing, some air bubbles form in the cement. As the cement sets, the shrinkage forces the air spaces out of the wall, leaving behind cavities called bugholes.

This article looks at how these holes form in a concrete wall. It also offers some tips to prevent big holes from forming in your new concrete wall.

How Air Gets Trapped in Concrete

Incomplete Vibration of the Concrete

The best way to get rid of these airspaces is by properly vibrating the concrete. When the concrete mix is not sufficiently vibrated, some voids will remain in the concrete.

You’ll also notice that improper vibration causes the concrete to over-consolidate, which leads to segregation. In this case, some aggregate materials separate from the rest of the mix, reducing the structure’s durability and strength.

It is important to have the right measurements of materials in your mixture if you want a consistent and solid wall. A mix design that produces a stiff concrete mixture will most likely yield voids after consolidation.

Release agents prevent the concrete mixture from sticking to the form structure. Broadly speaking, there are two types of release agents:

Although barrier release agents are cheaper than chemically reactive agents, they are prone to creating air pockets in your concrete.

The material of the underlying formwork structure also affects how effectively air and water bubbles are released from the mixture. Non-permeable forms such as steel can prevent the movement of air between the concrete and the form structure, increasing the chances of bughole formation.

Problems Associated With Holes in Concrete

How To Prevent Holes From Forming in a Concrete Wall

Consolidation is the process that eliminates air bubbles from a concrete mixture by vibration. In this process, the mixture is agitated by high-frequency vibrations that cause random movement in the particles.

During an effective and proper consolidation process, the concrete vibrates until it expels enough air out of the mixture. As a result, the concrete gets an even consistency.

Although it’s practically difficult to get rid of all air voids, the consolidation process has to aim for the elimination of at least 5%of  the internal air in the mixture. Any more consolidation beyond that would not make a significant change on the after-results. In fact, it would simply raise the costs.

Only Use Permeable Forms

Non-permeable forms are prone to retaining air spaces because they require more vibration to bring the air to the surface.

Permeable forms, however, eliminate these holes by allowing the air to move through the form itself. Use a form that’s smooth, free from holes, dents, and build-up. In addition, it’s important to choose chemically reactive agents to speed up the process of air elimination.

If there is an excess release agent on the form, it can create bubbles that will increase the number of bugholes in your concrete wall. Always wipe off the excess and ensure the form is free from moisture even before you apply the release agent.

Stiff mixtures often need a lot of power to consolidate. But if the mixture is more fluid, it’s easier to free it of air through vibration.

In general, you can reduce holes in a mixture more effectively by using proper portions of cement, allowing increased flow of the mixture, and avoiding extra amounts of fine aggregate.

You can drastically reduce the number of holes in the wall by using an appropriate speed while pouring the concrete into the form. If you pour it too fast, the air doesn’t get enough time to escape.

You should also minimize the distance between the concrete’s point of discharge and the form. If this distance is large, the impact can increase the amount of air entrapped in the concrete.

How To Fix Existing Holes in a Concrete Wall

If bugholes have already occurred on your concrete surface, there are two ways to repair them.

You can fill small voids using a concrete grout in many cases. The type of grout used will vary based on the size and depth of the holes. This Sashco sealant from Amazon is highly effective and easy to use.

If the bugholes are fairly large, you might want to use your patching material to fill them in.

Holes normally form in concrete walls due to air spaces that rise to the surface of the wall. It’s majorly due to improper vibration of the concrete, incorrect mix proportions, and using the wrong release agents and form material.

These holes not only ruin the appearance of the wall but also weaken it and make it hard to paint. They can be avoided by carefully selecting materials, and thoroughly supervising the mixing process of the concrete. Pre-existing holes in a concrete wall can be fixed using concrete grout or by preparing a patch mixture for larger holes. 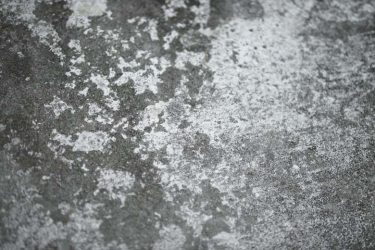